One can only hope that our greatest writers today are carrying on significant email correspondences with one another–and that one day we’ll have access to these exchanges. I can’t say I’ve seen anything like this yet, no hint of The Collected Emails of David Foster Wallace or Christopher Hitchens: The Yahoo! Years.  Last fall I received an advanced copy of Samuel Beckett’s final volume of letters. I’d just written about Beckett for The Millions and was happy to continue thinking about this odd and fabulous Irishman.

I’d also been doing some thinking about aging, and was struck how Beckett’s legendary detachment–explored and cultivated since youth–had seemingly prepared him well for the challenges of aging. I got the kernel for an idea, tracked down some additional epistolary volumes: Saul Bellow’s letters and the fascinating correspondence between the poets Robert Lowell and Elizabeth Bishop. My article appeared last month in The Atlantic under the heading Finding Wisdom in the Letters of Aging Writers 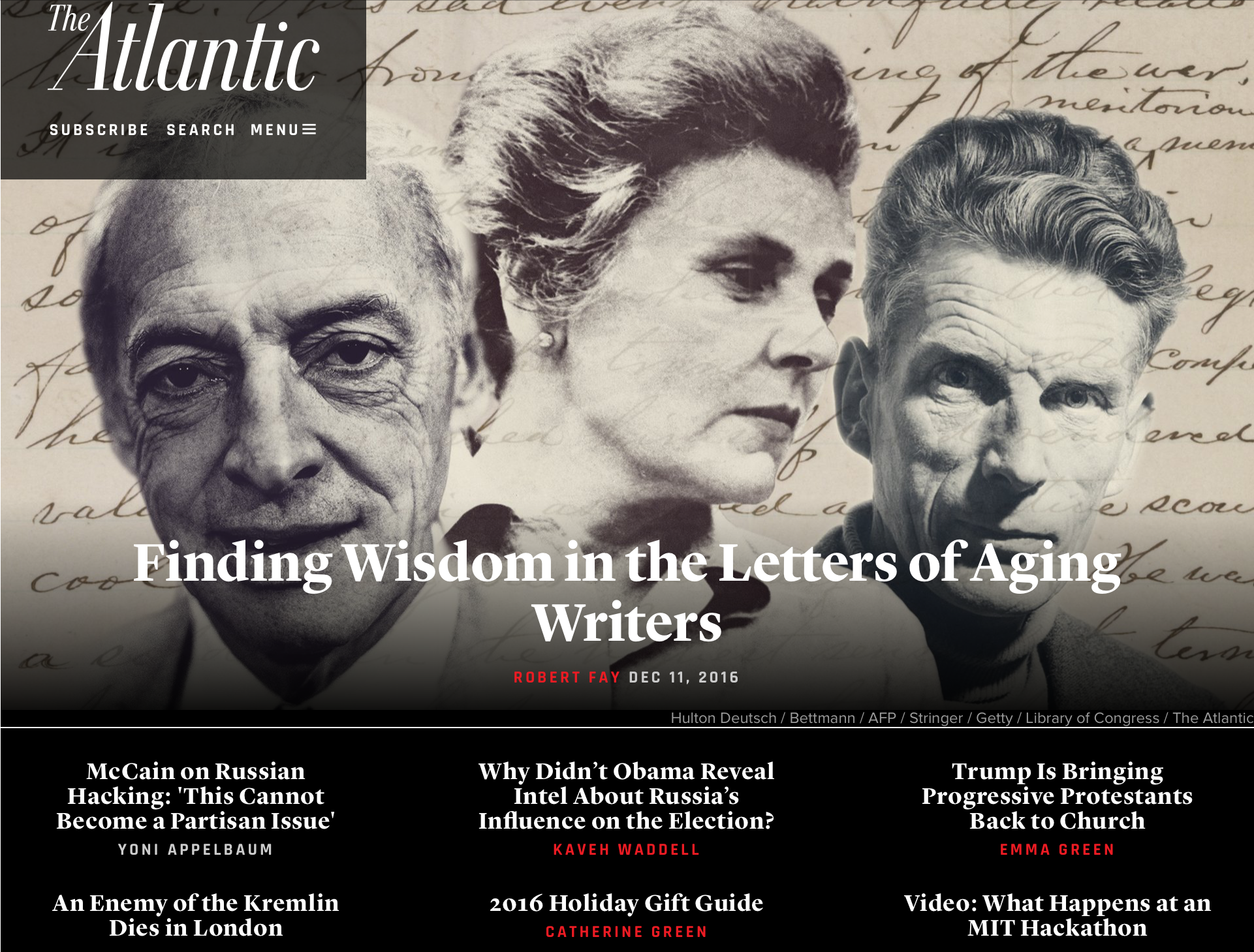 During the last month or so I also published two short stories in online literary journals. They are both chapters from a novel I recently completed. The first piece was titled “The Phenomenon” and published in The Courtship of Winds, and the second was “If it is Beautiful, it is Passing” in the The Furious Gazelle.