In the March print edition of First Things I reviewed the book The Fine Delight: Postconciliar Catholic Literature by Nicholas Ripatrazone. The review has been posted online, but to read the entire article you need a First Things subscription or must pay $1.99.

Ripatrazone has written that my 2011 essay in The Millions titled “Where Have all the Catholic Writers Gone?” was in part an inspiration for his book.

U.S. Supreme Court Justice Stephen Breyer recently gave an interview to the French literary journal  La Revue des Deux Mondes (a review that Proust once wrote for) where he revealed his love of French literature and how he learned French by reading Marcel Proust‘s In Search of Lost Time in the original:

“I read the Recherche when I was working as a legal intern at an American law firm in Paris. I was trying to learn French, so I read all seven volumes in French. Every night I drew up vocabulary index cards with lists of the new words that I’d learned from Proust. But luckily I found that the lists became shorter and shorter as I made my way deeper into the book!”

A English translation of the interview was published in The New York Review of Books.

I discovered this wonderful video of a discussion between The New Yorker writer Adam Gopnik and Marcel Proust scholar Antoine Compagnon at Columbia University’s Maison Française.

Gopnik is a well-known Francophile whose essay collection From Paris to the Moon chronicles his experience living in Paris for five years. Compagnon is a Proust scholar and a professor of French and Comparative Literature.

I have posted about Proust before, particularly about learning French from Proust, and I also posted a video detailing Marcel Proust’s Paris.

The discussion is spread across four separate YouTube videos. The first one is embedded below.

The Norwegian novelist Karl Ove Knausgård (born 1968) is a writer worth paying attention to. His six-volume memoir/novel My Struggle has been a sensation in his native country (in a way that no such literary work could be in a country as large and as fractured as the U.S). Right now, only the first two volumes have been translated into English, and “addictive” is the only way to describe the experience of meeting Knausgård’s universe head on.

My Struggle chronicles his childhood in 1970s Norway, his dealings with his alcoholic father, his development as a writer and his conflicts about being a husband and father of three in Sweden. “My Struggle is basically thousands of pages of everyday life,” he says. Yet his meditations on marriage, writing, manhood, Christianity, the artificial and homogeneous nature of modern life, and the impact of middle age are more than ordinary. 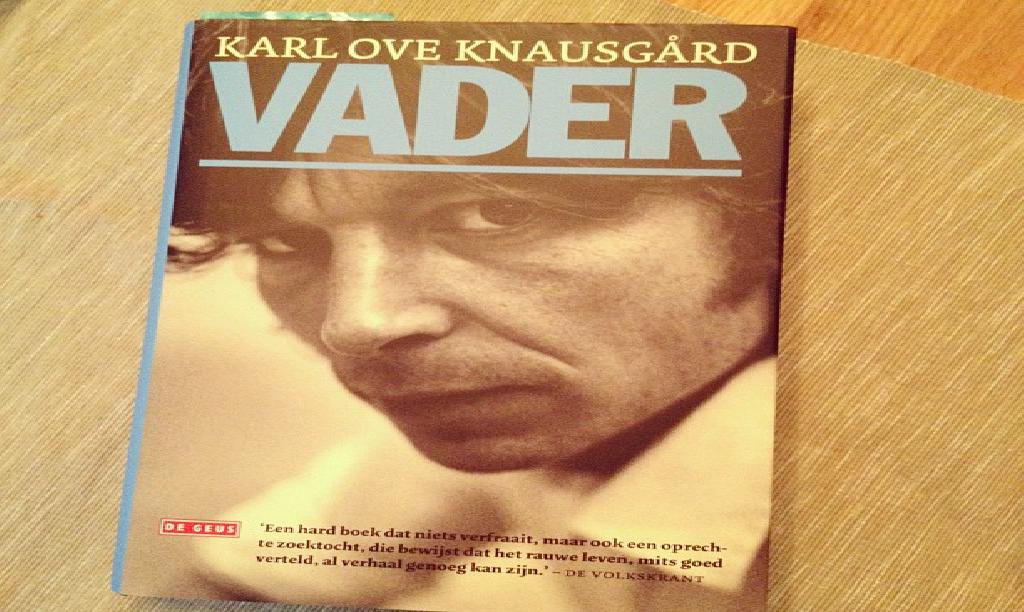 Knausgård recently gave an interview to The Believer, where many of his obsessions were touched upon. He tells the magazine:

“It’s horrible that things are getting more and more similar with commercialization and globalization… and the differences between the sexes. I mean, men and women are different, and you know those are things that are hard to discuss in Sweden and that I’ve written a lot about. That’s one thing. On another level I find the equalizing that exists in Christianity, the equalizing in which you find mercy… ‘As he was buried his name disappeared and he became one of many’. And in that, there was an enormous consolation when my father died.”

“Identity is a key question for me. What’s identity? If you’ve read my books you’ve read about an extremely feminine boy. He’s into clothes, he likes to talk to girls and he’s very sensitive. That’s me when I was younger. Then I understood that no, it won’t work this way. I was bullied because of it. When I turned thirteen it became something dangerous. I felt like I had to get out of it and try a masculine role. Somehow in that I lost balance, I wondered who and what I really was… and later, I became a father, I got a new role, and at the same time I was incredibly afraid of my own feminine side, and everything crashes together, it boils, and becomes something amazingly beneficial to write about, it’s exactly the kind of complexity that I always look for.”

UPDATE (4/2014) The New Republic has an excellent feature on Knausgård that chronicles the regret he now feels as a result of criticism of his autobiographic work by his friends and family.

Like many people I first read J.D. Salinger‘s novel The Catcher in the Rye as an adolescent and was immediately smitten with Holden Caufield and the spirit of the book. Yet it wasn’t until I was older, and a much more experienced reader, that I read Franny and Zooey and his collection of short stories titled Nine Stories (“A Perfect Day for Bananafish” is a personal favorite) that I became a true devotee of Salinger.

The stories in Nine Stories may be as perfectly crafted as any American short stories since those in Ernest Hemingway’s In Our Time or, more recently, the stories of Raymond Carver. Salinger was in complete control of his craft and could seemingly do whatever he wanted on the page…And then, of course, he famously disappeared from the public scene and stopped publishing entirely.

A new documentary due out this September titled “Finding Salinger,” documents one man’s search for Salinger during the last years’s of his life. Here is the trailer: